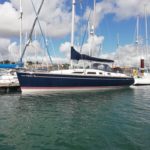 Maxi 1100 built in late 2001 by Nimbus Maxi in Sweden, to a design by Pelle Patterson and launched spring 2002.  IMPULSE TOO has been in the same ownership since 2008 and has had one (equally fastidious) previous owner. Dark Blue Hull, teak decks, toerail, cockpit and bathing platform. Powered by a single Volvo Penta […] 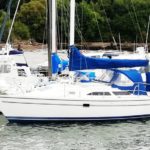 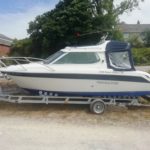 The FinnMaster 6400 Royal Cruiser OC is an open cabin boat with a rear canopy and swim platform.  Built in 2005 by Finnmaster in Finland.  Powered by a single Volvo Penta D3-130 SX inboard engine with power steering and less than 400 hours running.  According to Volvo ‘The hydrodynamic design and high gear-train efficiency of […] 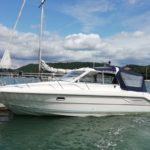 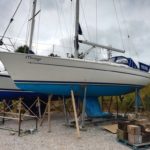 The Bavaria 40 Cruiser MIRAGE is one of those few boats that will suit so many different purposes. The size is perfect for cruising the coastal ports of the UK, and yet big enough to go much much further afield. Whether you are a couple doing an Atlantic circuit or a family of 6 cruising […] 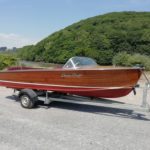 Oh my goodness what a super cool boat! This 1957 Chris Craft Sportsman 17 is sheer class, and has been restored to all of her former glory some years ago, and left in storage in a barn ever since, and not launched for at least 15 years. She looks very close to concourse condition, and […] 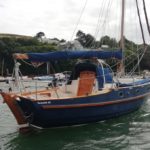 The Yarmouth 23 is a true pocket cruiser, and pulls it off in a way that very few other brands can.  Robust in her construction, and traditional in her design, LOUISA is fortunate to also be able to boast having surprising internal space and overall comfort. The Yarmouth is one of a hand full of […]