‘Trident Marine of Portchester, founded in the early 70s, famously built highly respected and long-legged blue water cruisers. They sadly ceased trading in the late 1990s after a chequered decade of intermittent trading. The Warrior 38/40 was one of its quiet successes; a solid, seaworthy and not slow for a heavy displacement, long keeled (rudder on a separate skeg) cruiser with serious offshore intentions and good liveaboard space below decks. About 125 were built. The design was launched as the 38 in the mid-80s and the early 90s extended to 40ft. The extra length was used mainly to enlarge the after cabins though these were never particularly large. The company offered. The company offered many alternative interiors, and a few home completed ones may have had almost anything. Mould quality was generally good and substantial, but the interior fit-out was variable, mainly adequate. This craft still commands a great price on the second-hand market.’’ 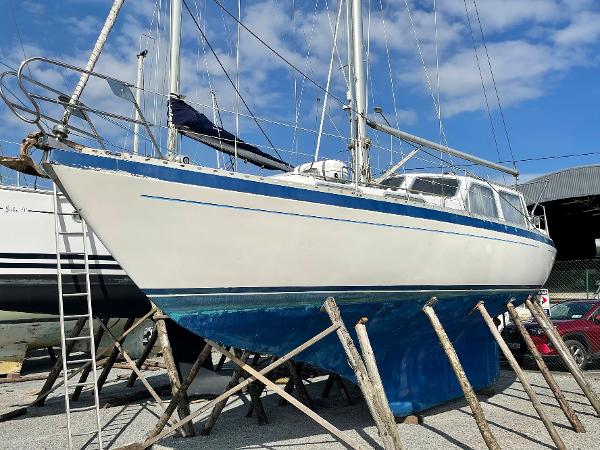