All Cranchi Boats For Sale

Boats Primary Market
Middle income boating enthusiasts. However, if you are buying a new build this could set you back a lot.

Company History
The company was originally set up on the banks of Lake Como by Giovanni Cranchi in his first workshop in 1866, however, the company wasn’t registered until 1870. Cranchi was making boats on commission for the fishermen, and the transport of goods and passengers.
In 1932 Giovanni Cranchis grandson who was also called Giovanni purchased a factory that had been previously used by a dye works that became bankrupt and set up his boatyard. It was here that he began building his first vessels. His passion for great detail, careful selection of materials, producing techniques and remarkable finish meant that some beautiful Cranchi boats were created. When the war started Giovanni was forced to leave Italy until 1952, and upon his return, he resumed production along with his children.
This is when the boatyard in Brienno began to see the productions of the Taunus, Faster, Sbarazzino, the Dinghy and another number of wooden vessels. As time went by they realised that it was time to expand, in 1970 Aldo Cranchi set up the company in Valtellina.
In 1972 1,550 Pilotina boats are produced, from the success of this new model. In 1973 the model Scout is produced and over 5 years 500 of these boats are produced
Over the next few years, Cranchi undergoes a large expansion and in the 1980s Cranchi sees its new boatyard in Piantedo with an area of 20,000sq.m. In 1997 Cranchi gained its own test centre called the Cranchi Marine Test Centre. It is here that they are able to carry out their own water tests of the prototypes in their own private sea area.
In 2000 Cranchi sees a further expansion in a new factory in San Giorgio Di Nogaro, and in 2003 another factory is opened in Colico. This is set up for efficient production. In 2005 the project for plant 4 gets underway in Rogolo which will be set up to produce Cranchi boats of more than 50 feet.
In 2006 Cranchi becomes an S.p. A.

This is a fantastic family boat that will offer you the space, and equipment you will need for a family cruise. It has a large stunning interior salon with space for eight people comfortably. The saloon also offers a lowering table which will convert into a large double/twin cabin. The gallery offers everything you will need for your cruise again with lots of space. This luxury family cruiser has two cabins one with a large double forward-facing berth and another large double. It’s equipped with storage space, and this yacht was built with safety and cruising in mind. This Cranchi boat is fitted with engines Volvo Penta Turbo Diesel KAD 42 P-DP-E (230Hp) and offers good fuel economy while not affecting this boat performance. This Zaffiro is recognised for its excellent workmanship and quality and is incomparable with other boats around the same size. 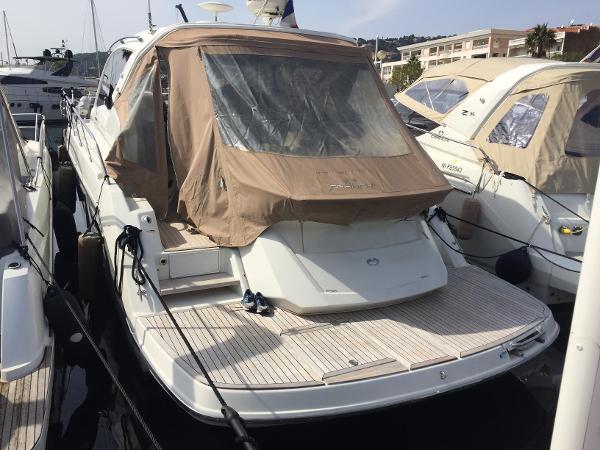 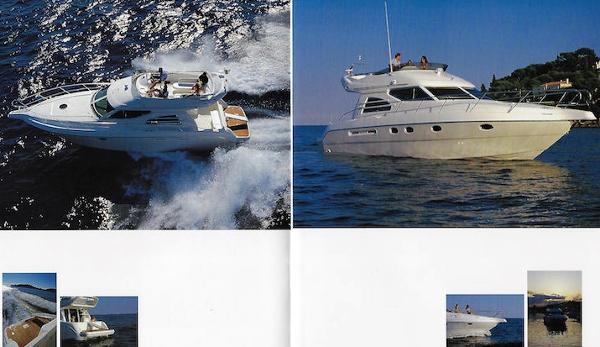