Posted in: Swansea | By: swansea 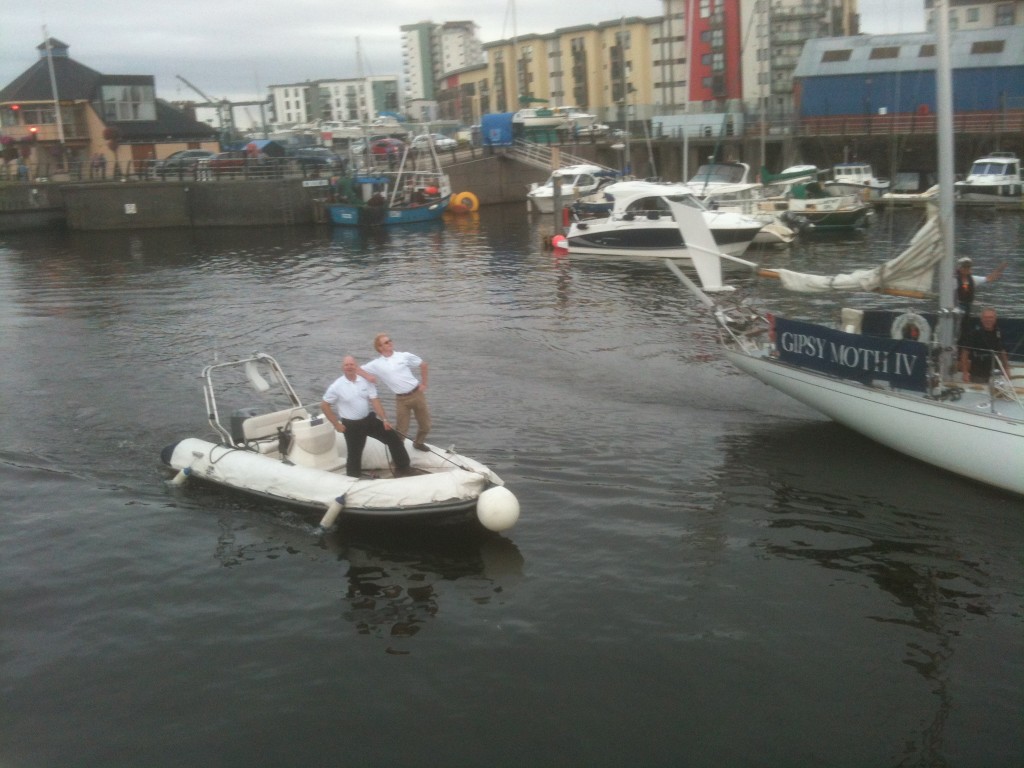 The famous yacht “Gipsy Moth IV” made a rare visit to Swansea Marina in 2013,  due to the handling characteristics of Gipsy Moth and the tight manovering throughout the locks and berthing, Mark and Jamie using the NYB Swansea rib to gently help push the famous yacht to the delight of it’s skipper.

As you can see – Jamie never misses the opportunity to pose for the camera!

The vessel was restored in 2005 and Gipsy Moth IV is now owned by a charitable trust created to preserve its history and promote charitable activities.