Take Me Back
Network Yacht Brokers Hamble
Under Offer 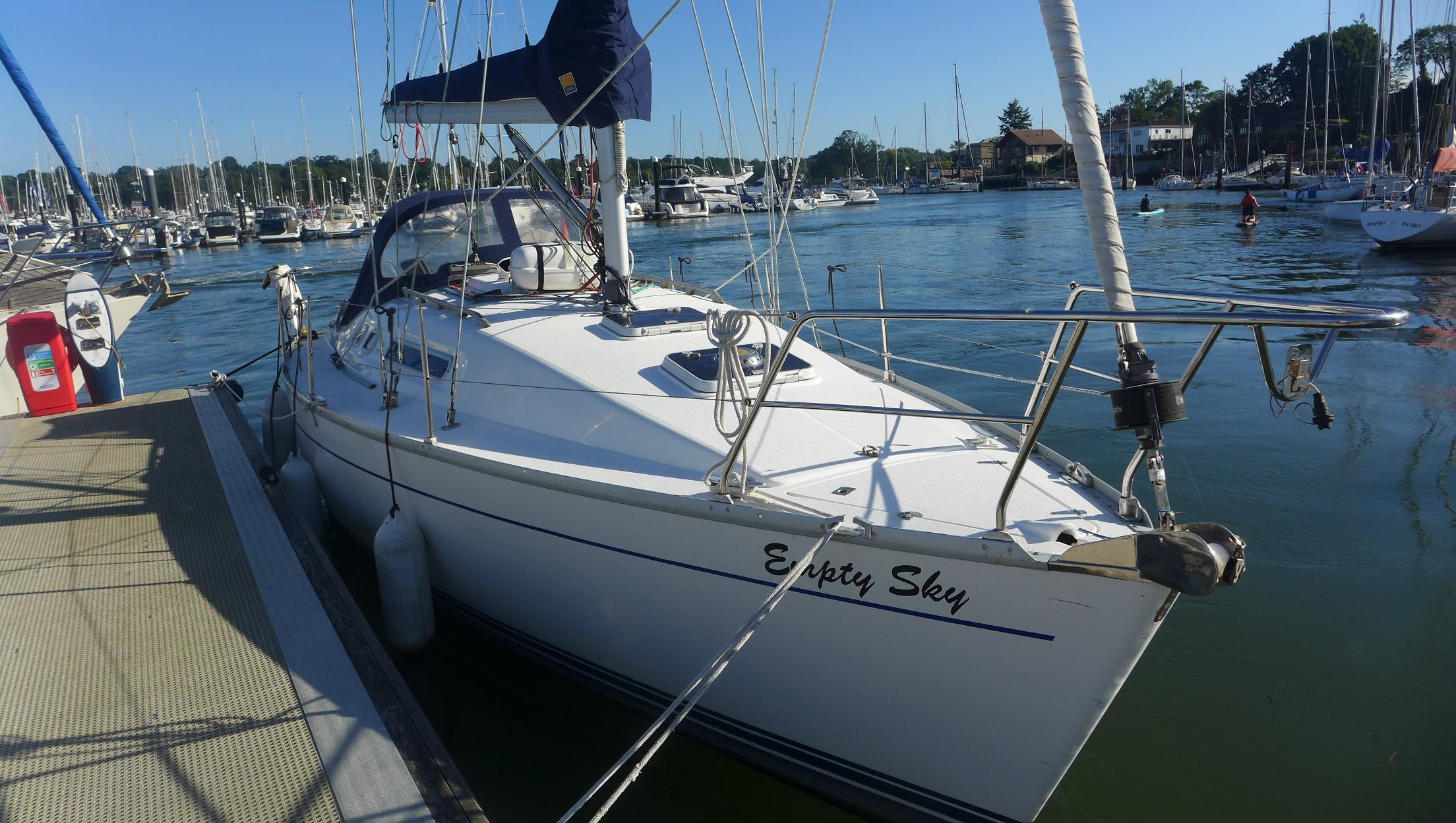 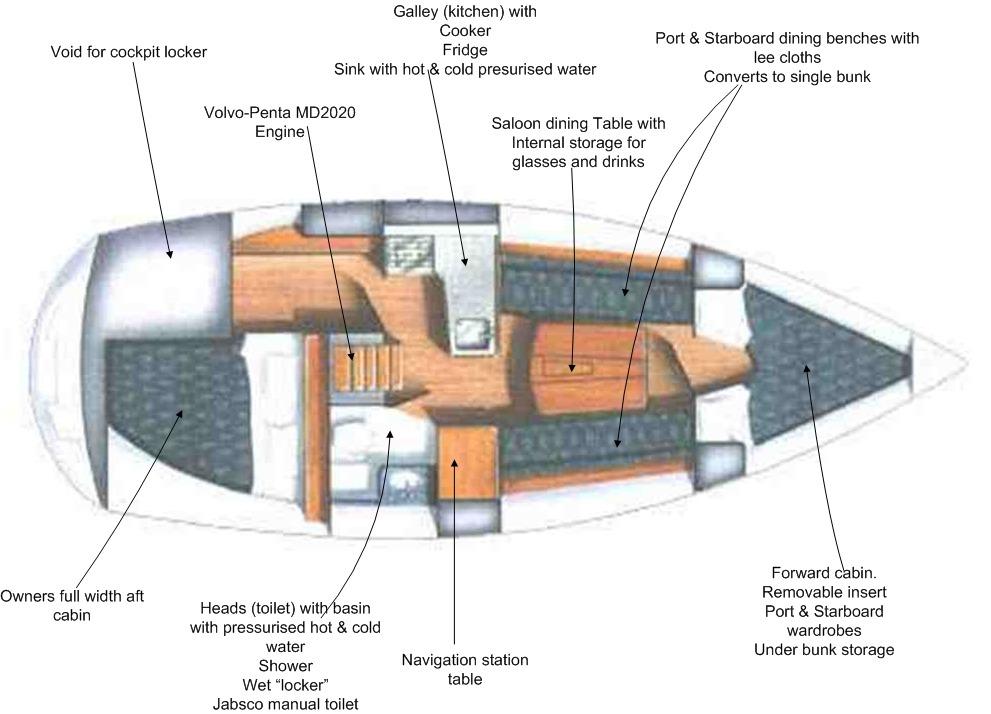 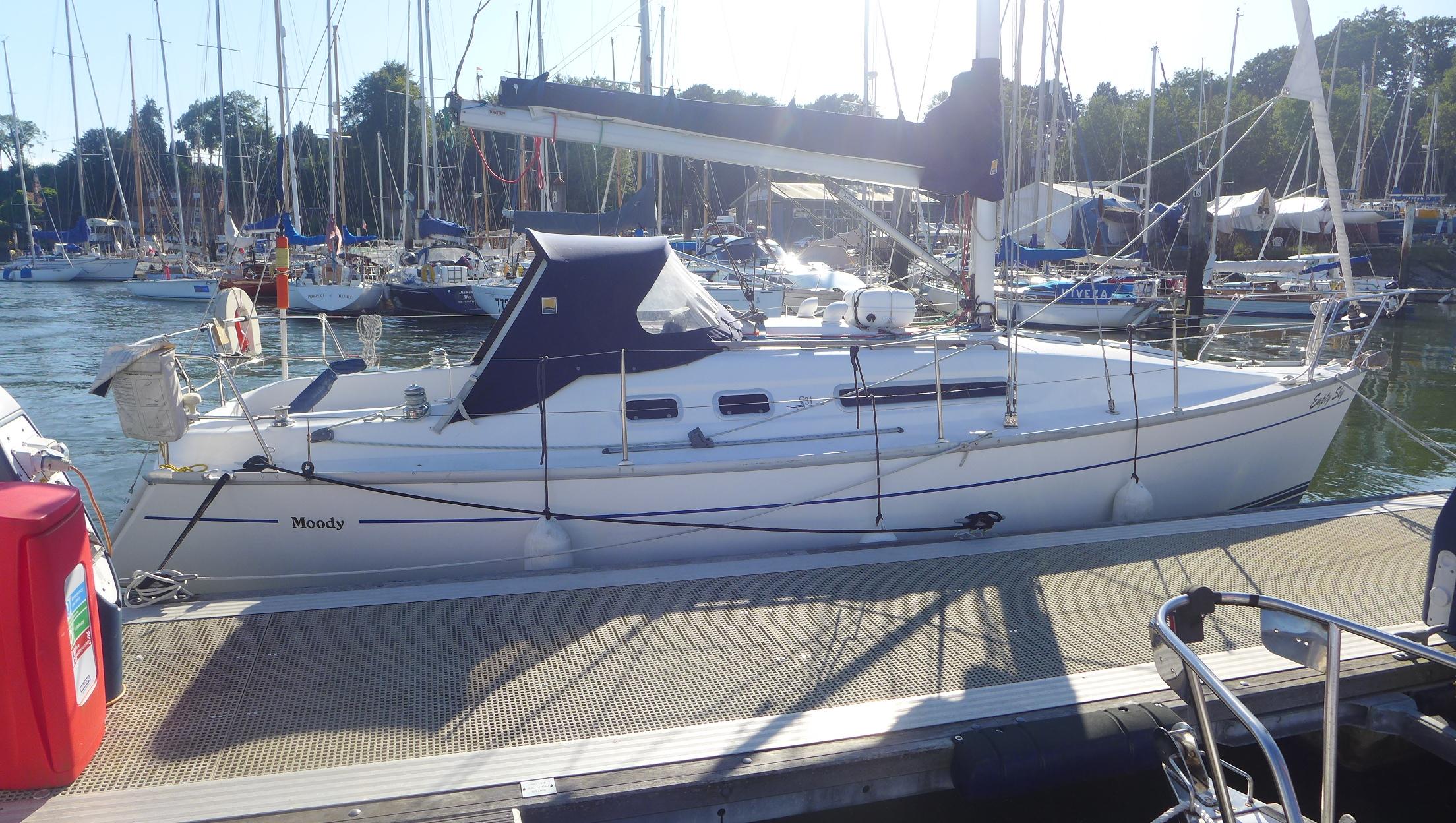 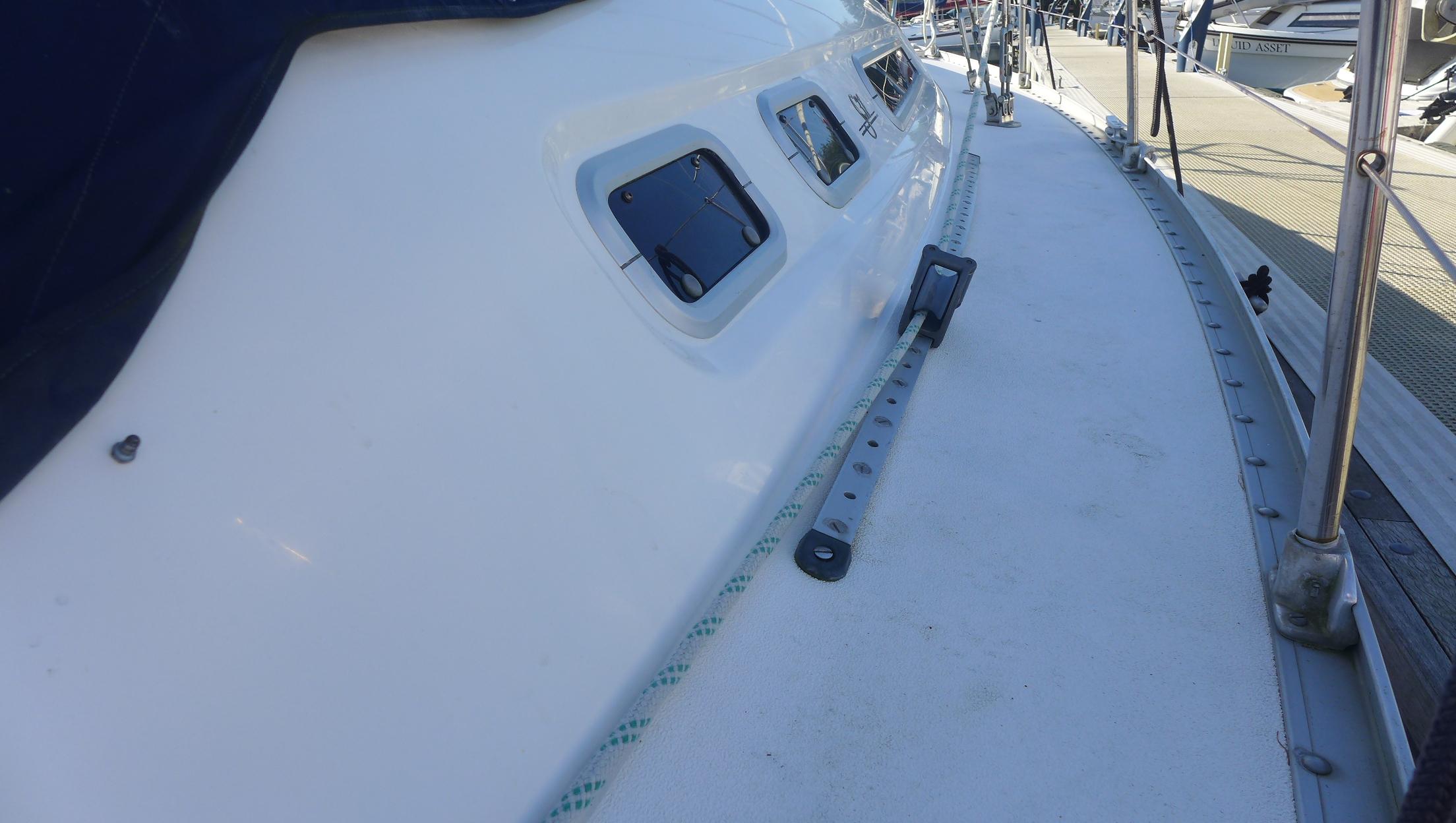 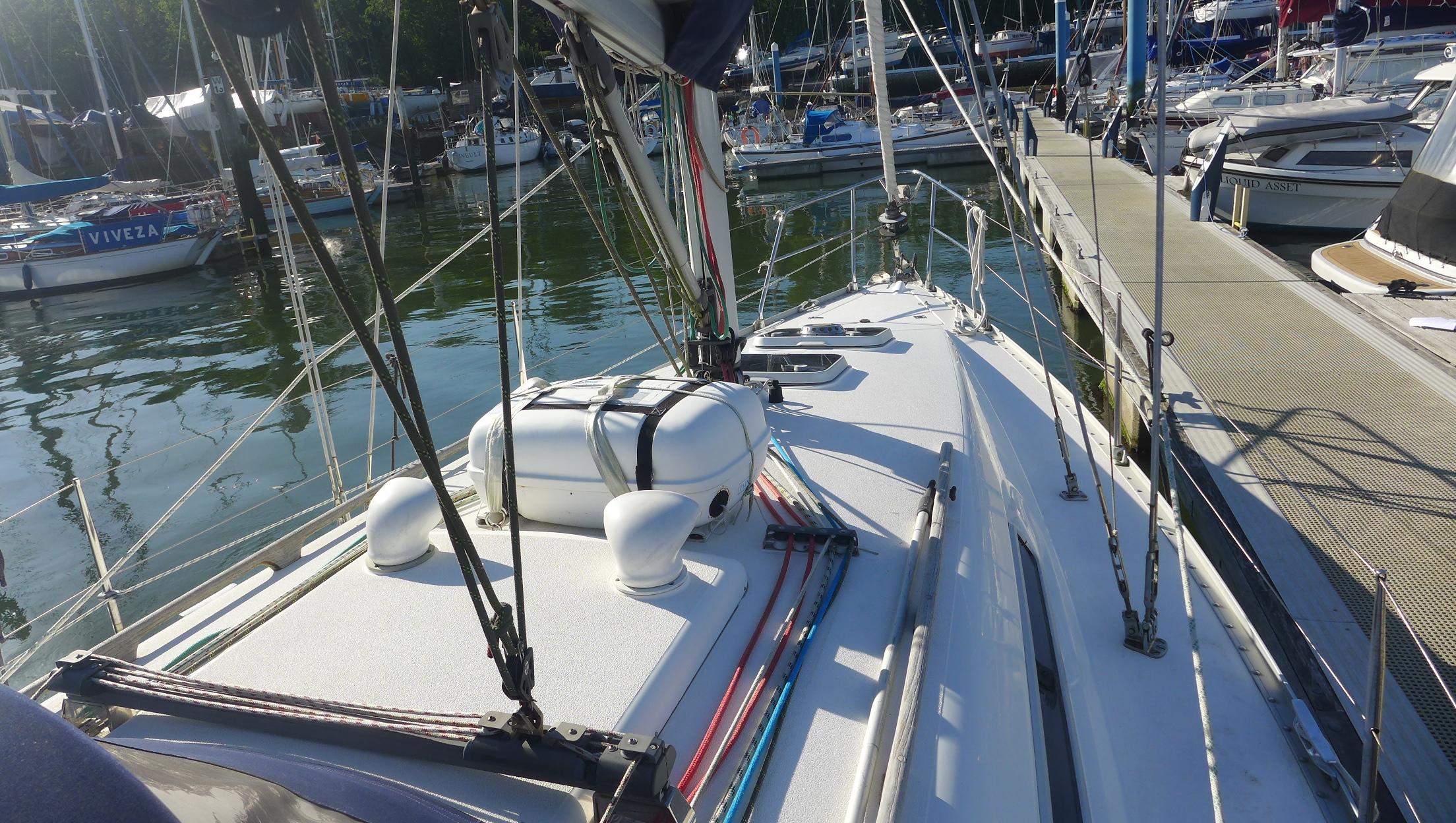 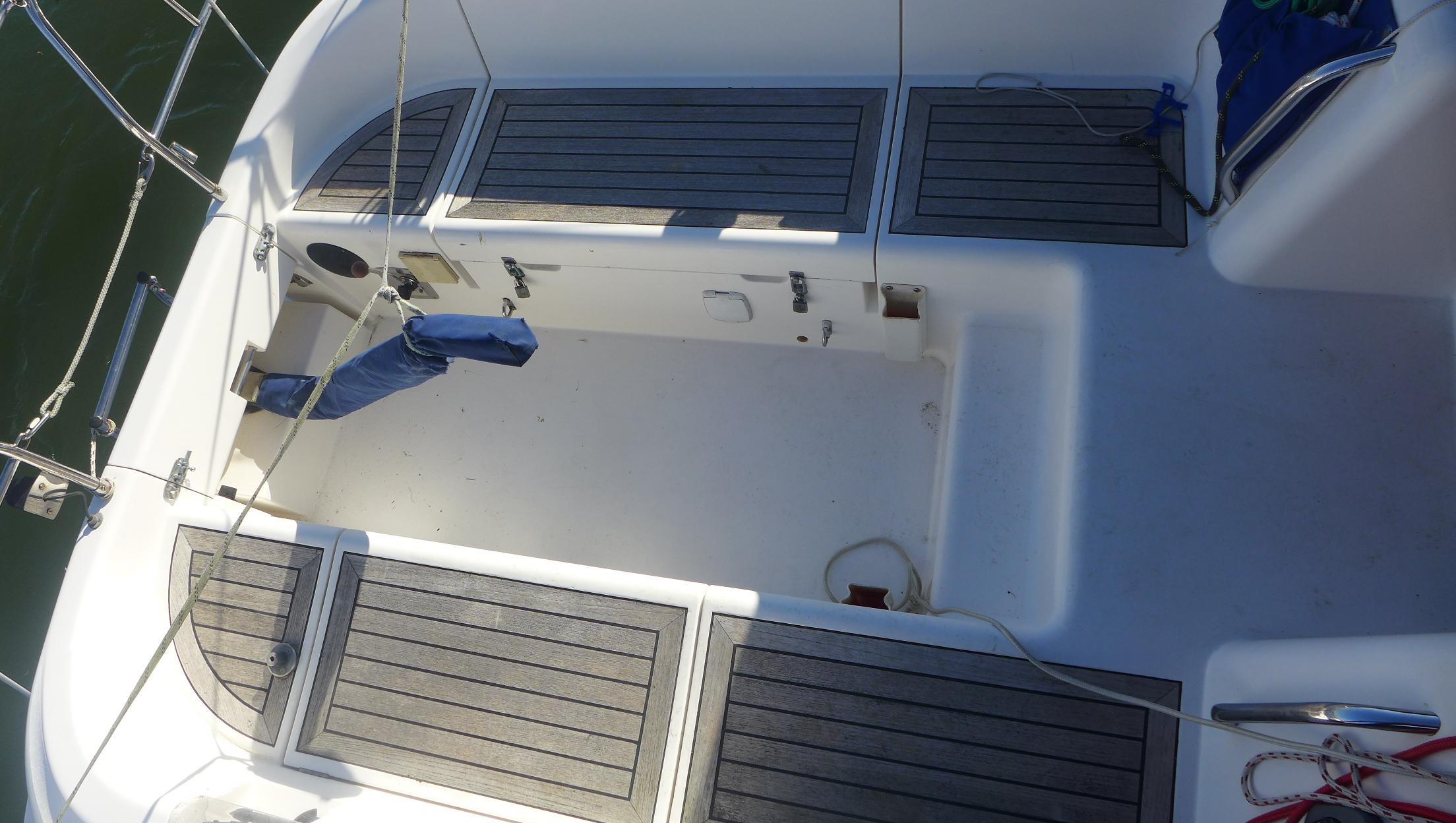 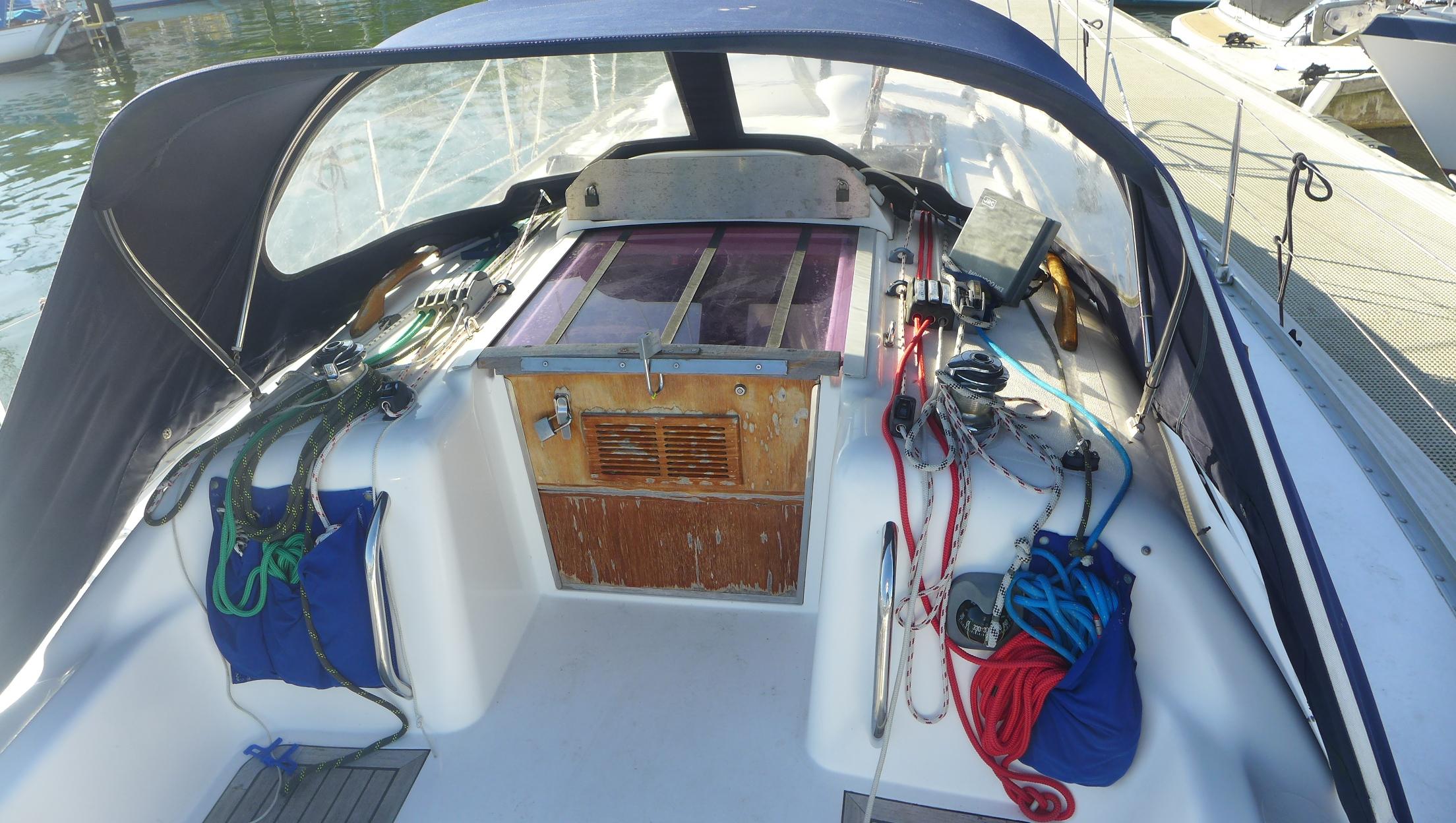 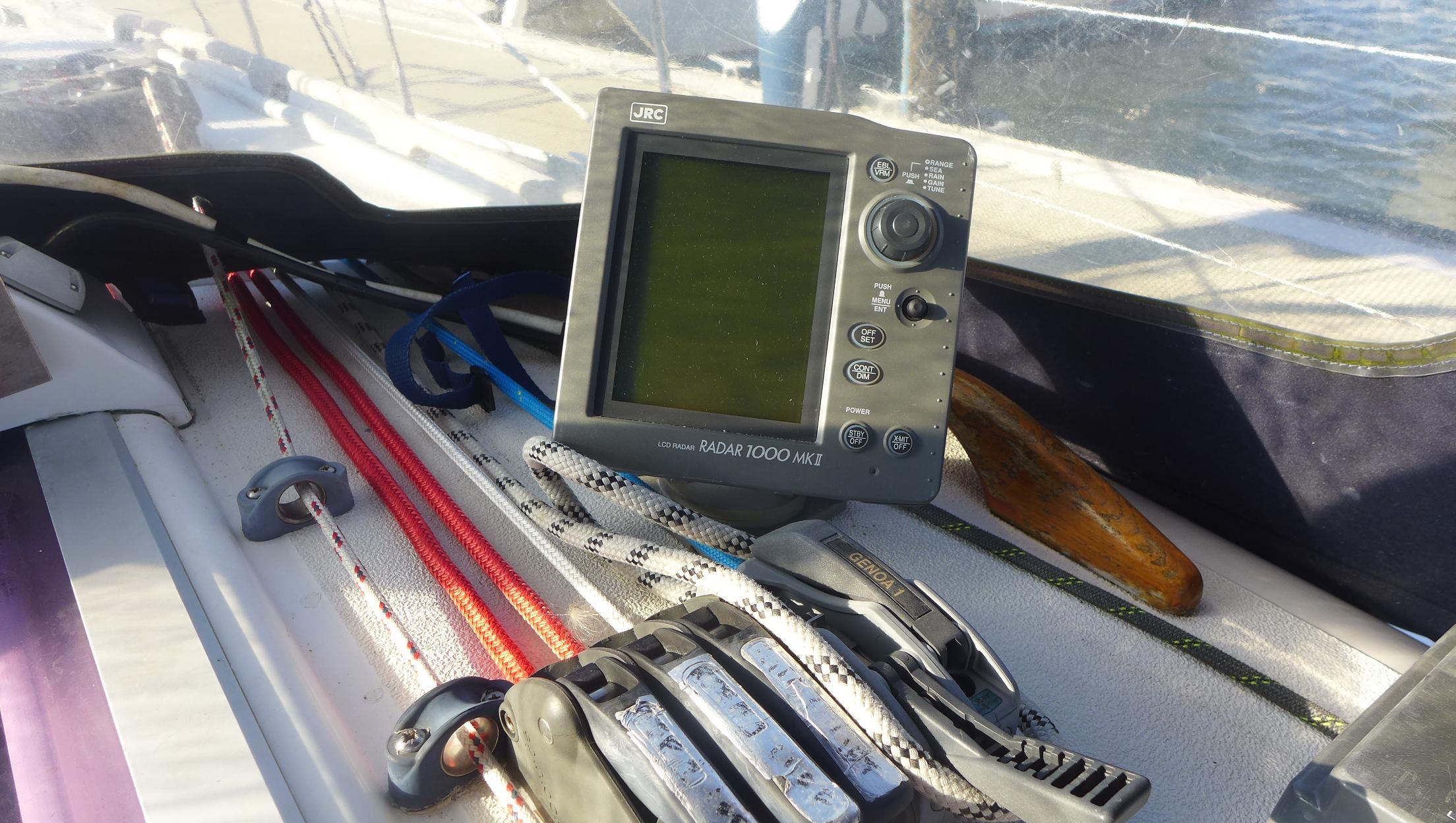 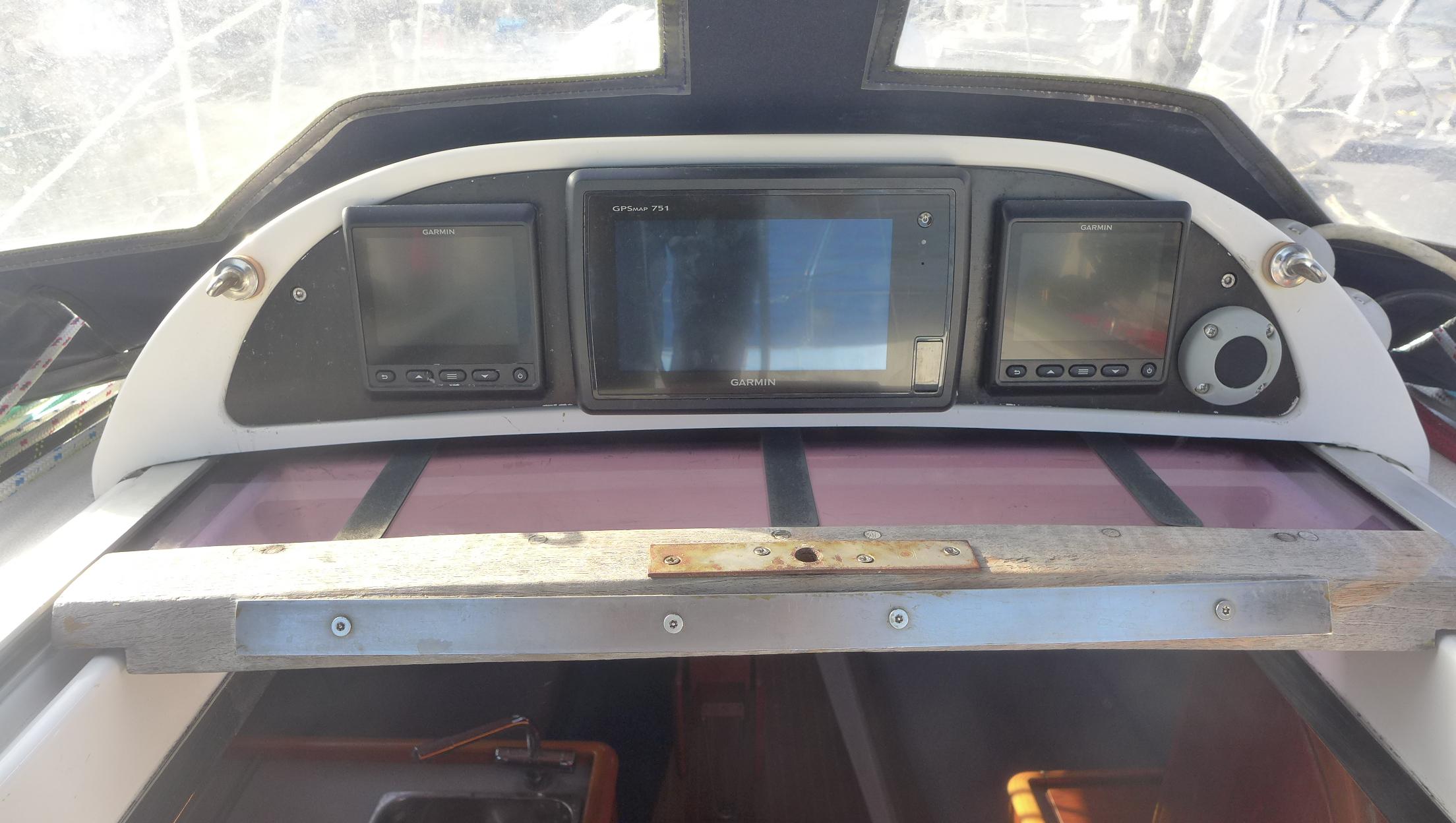 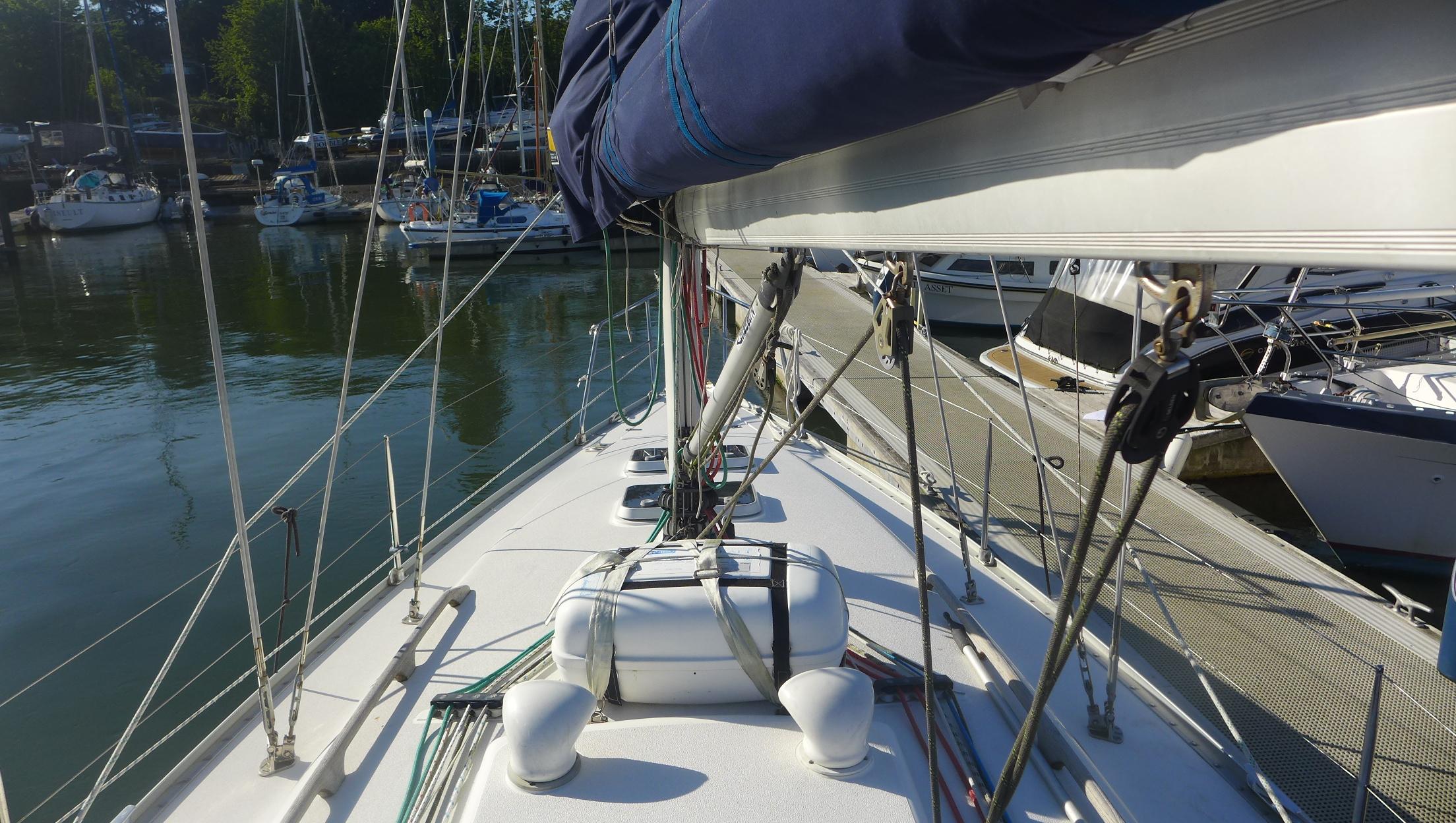 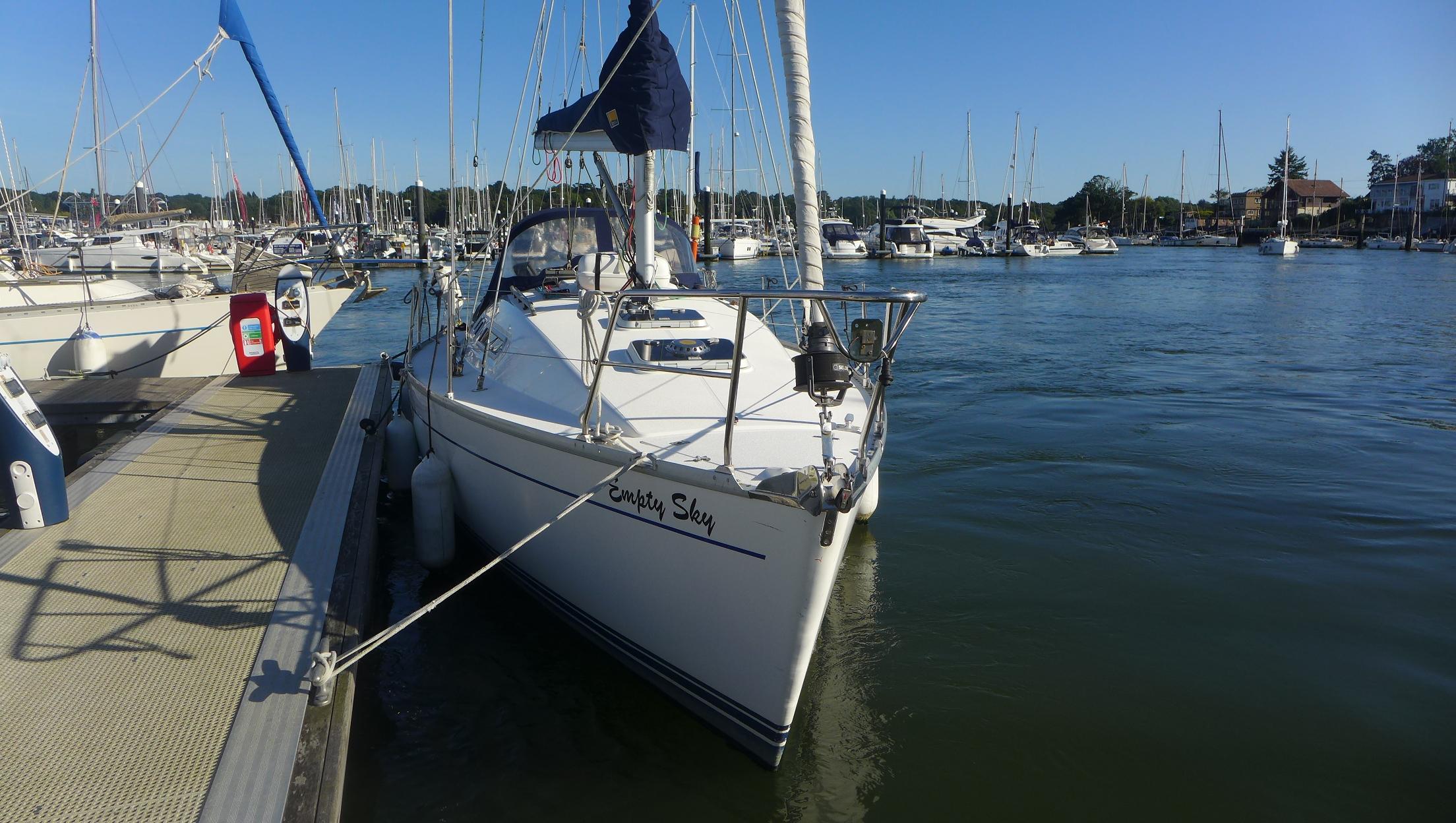 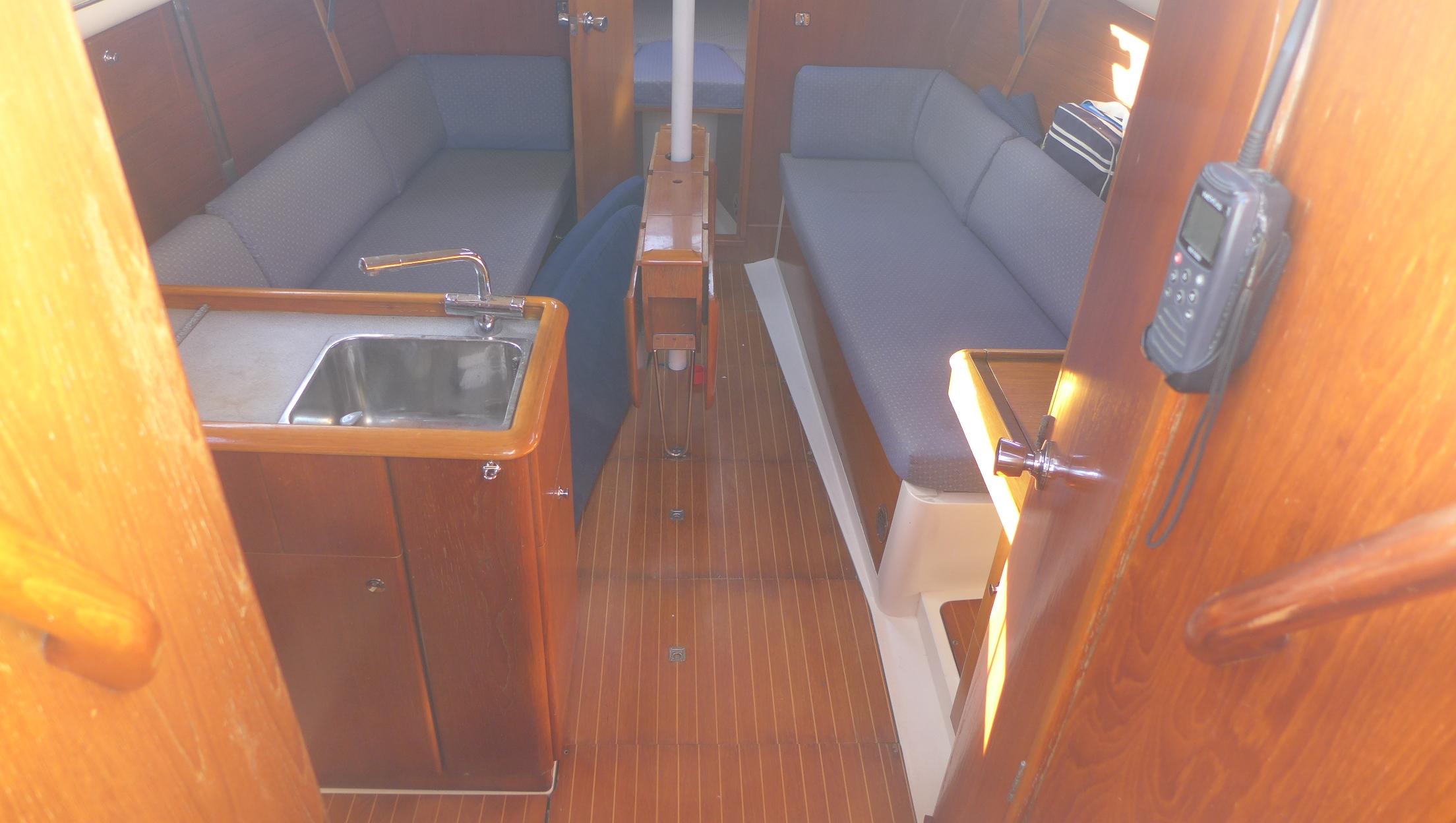 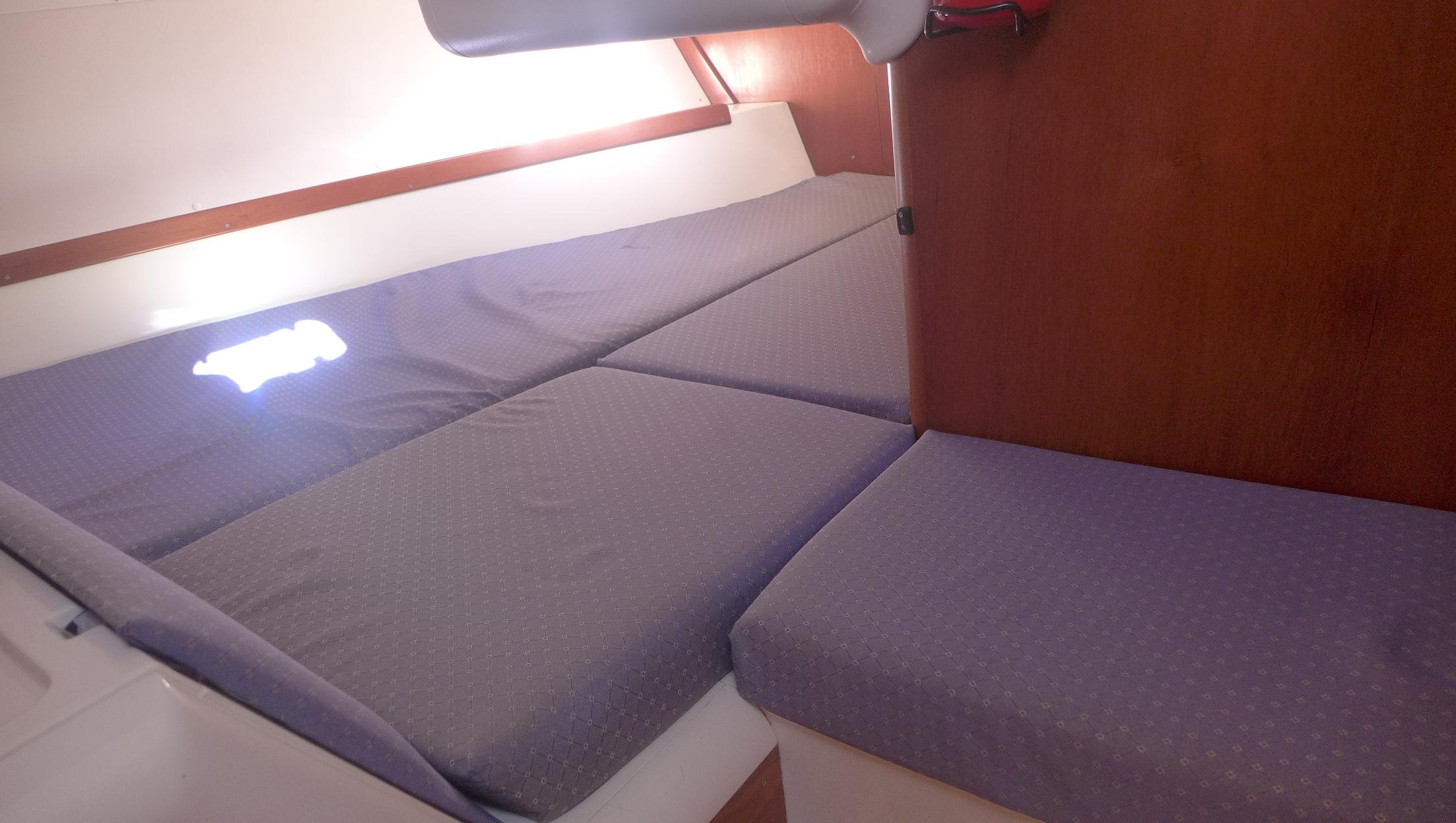 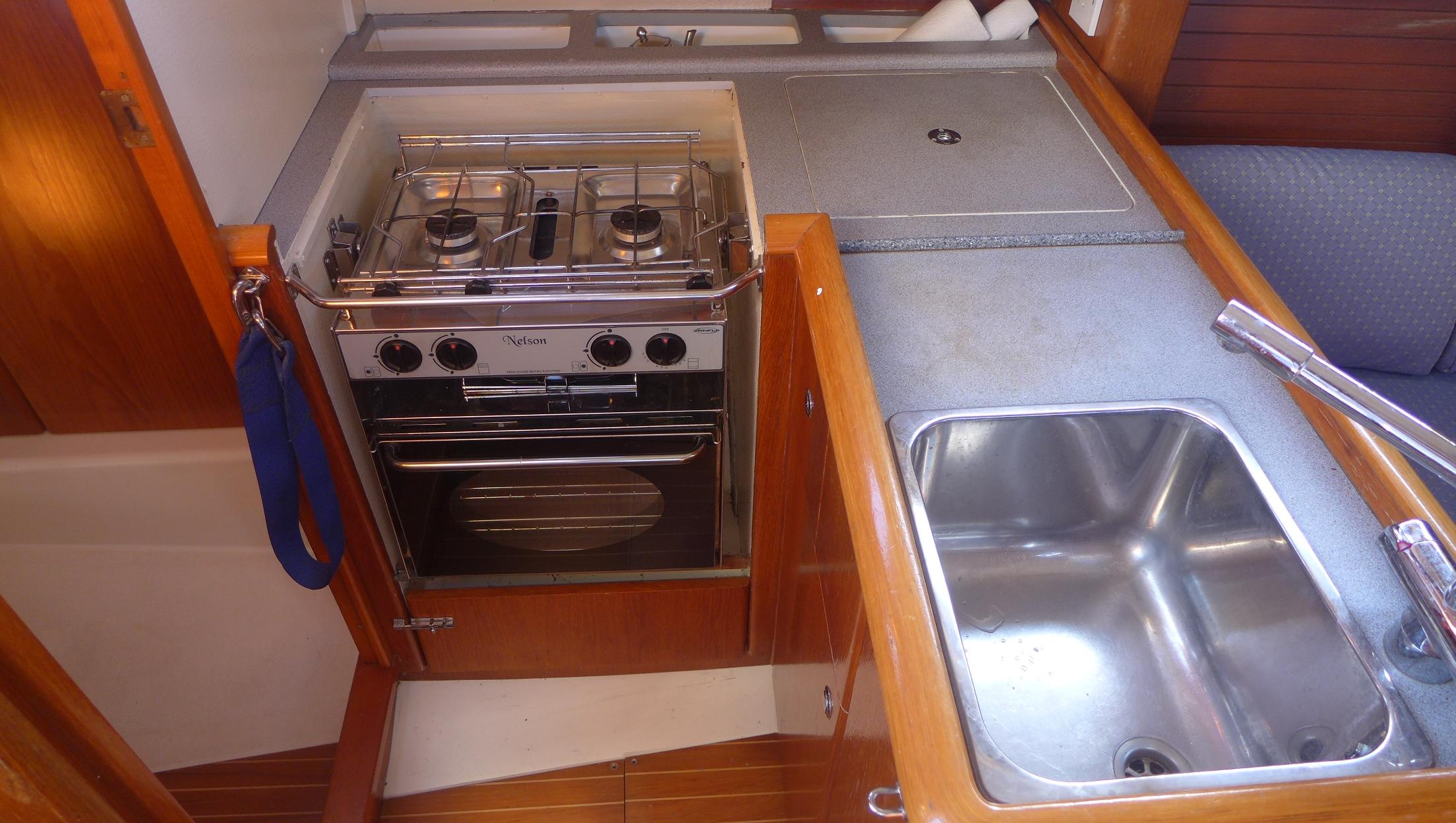 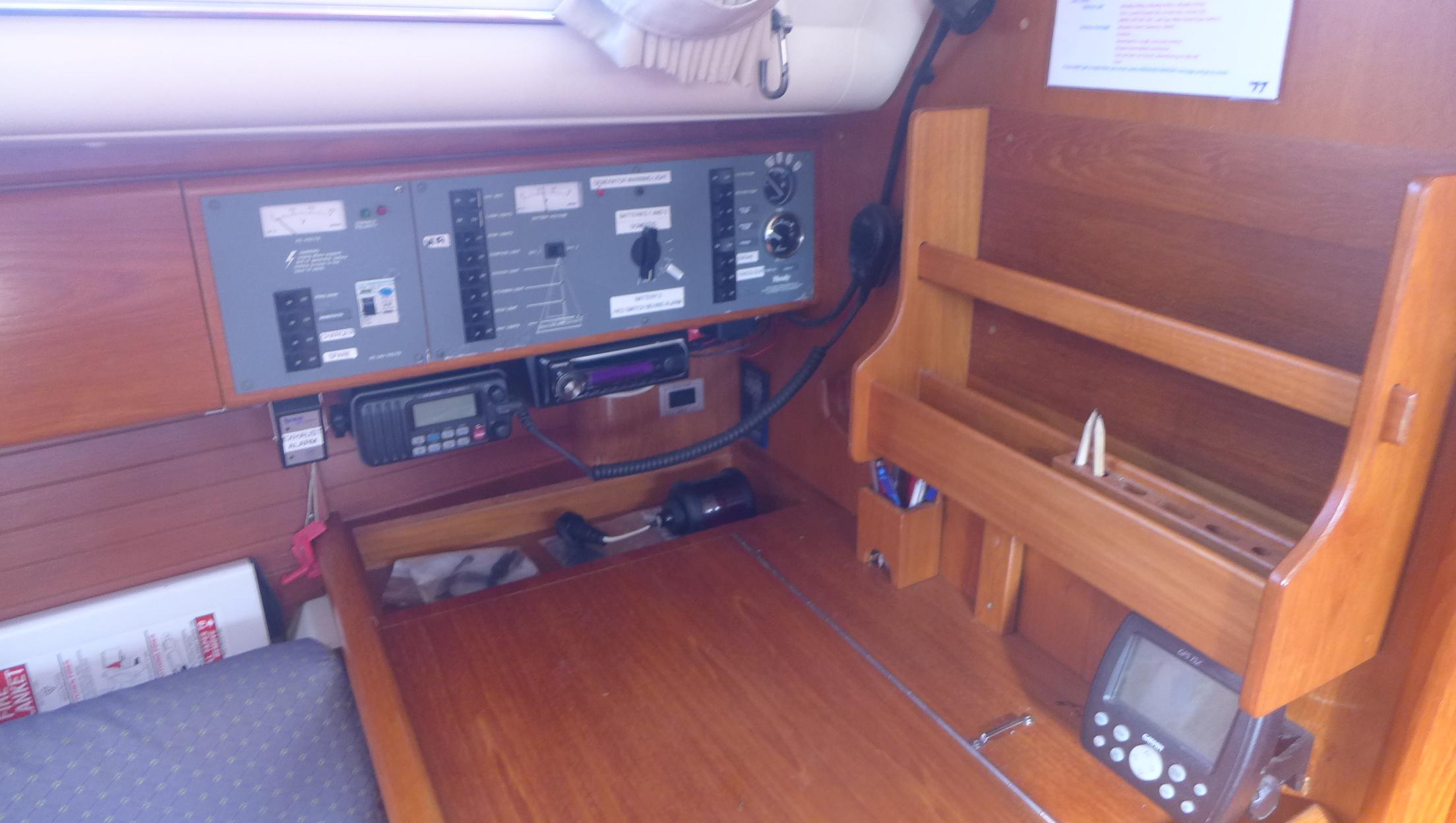 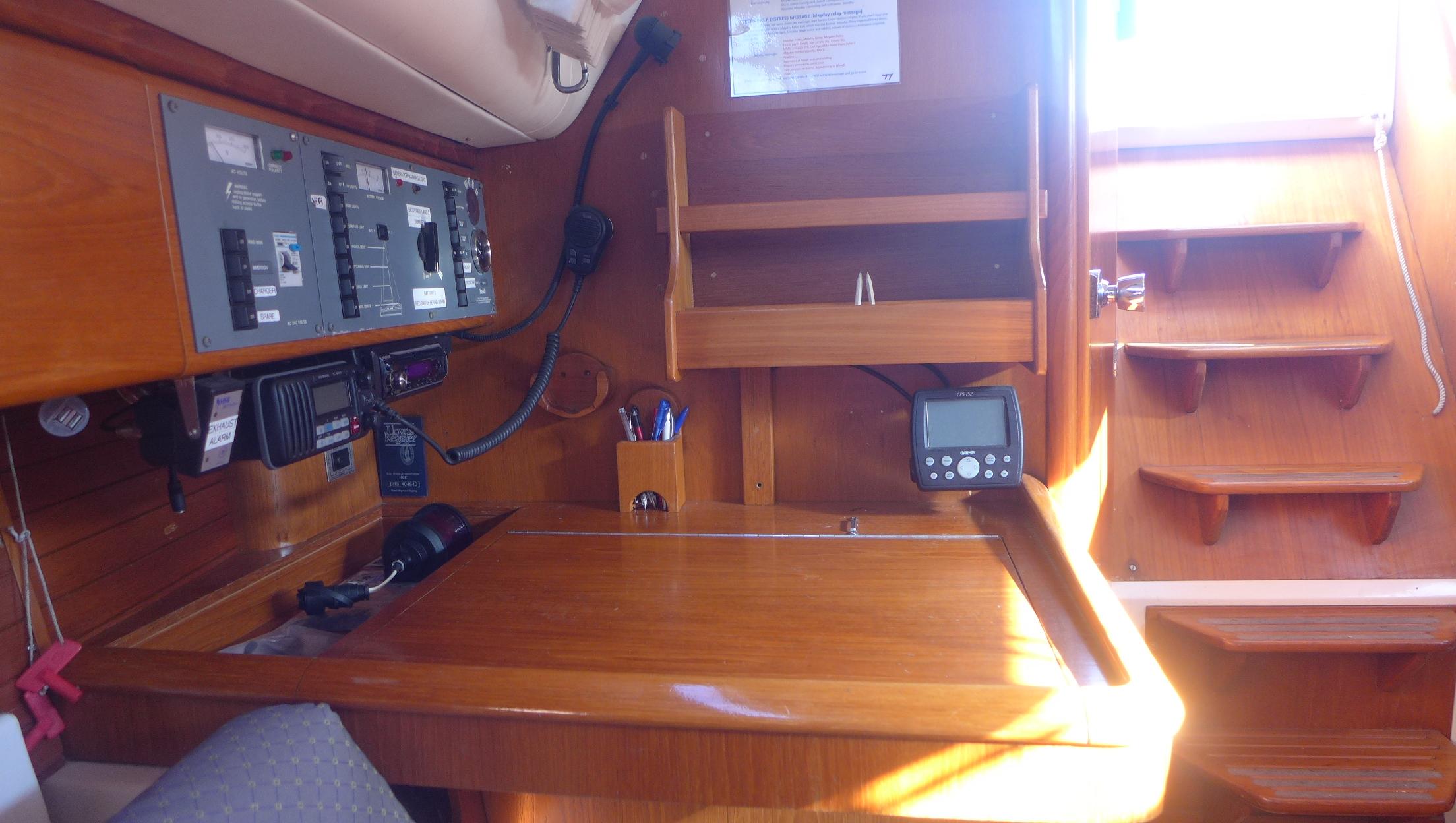 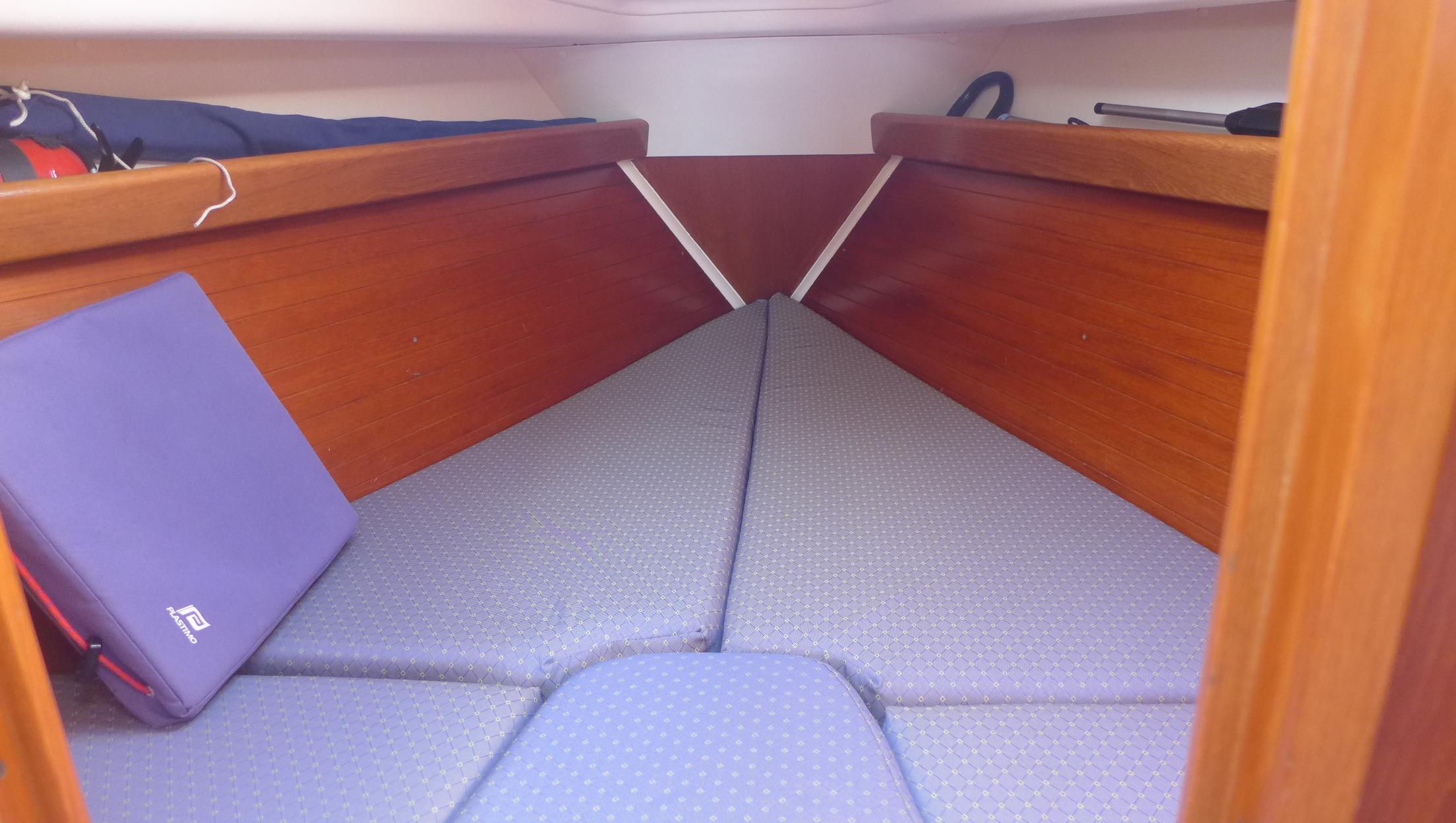 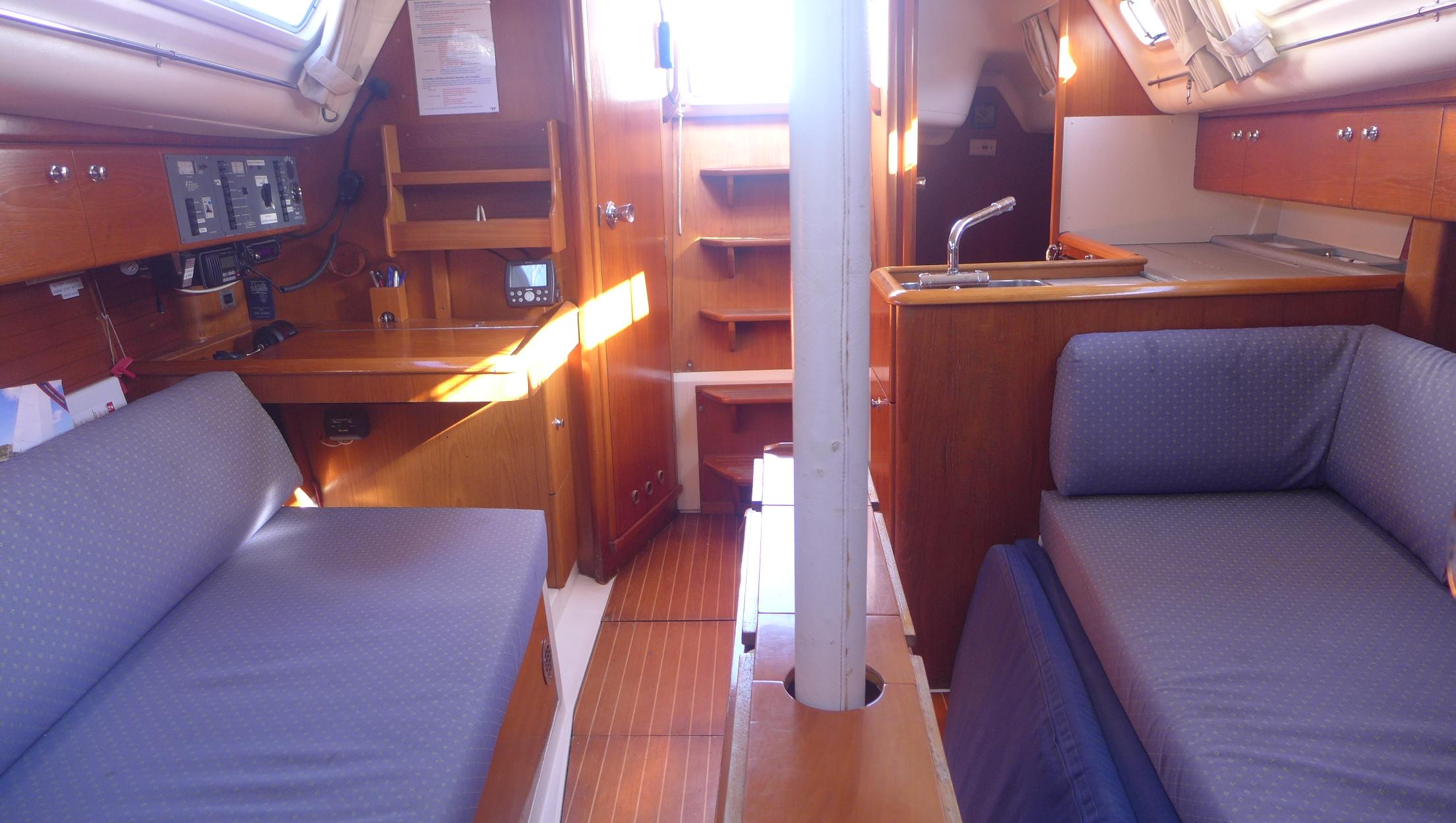 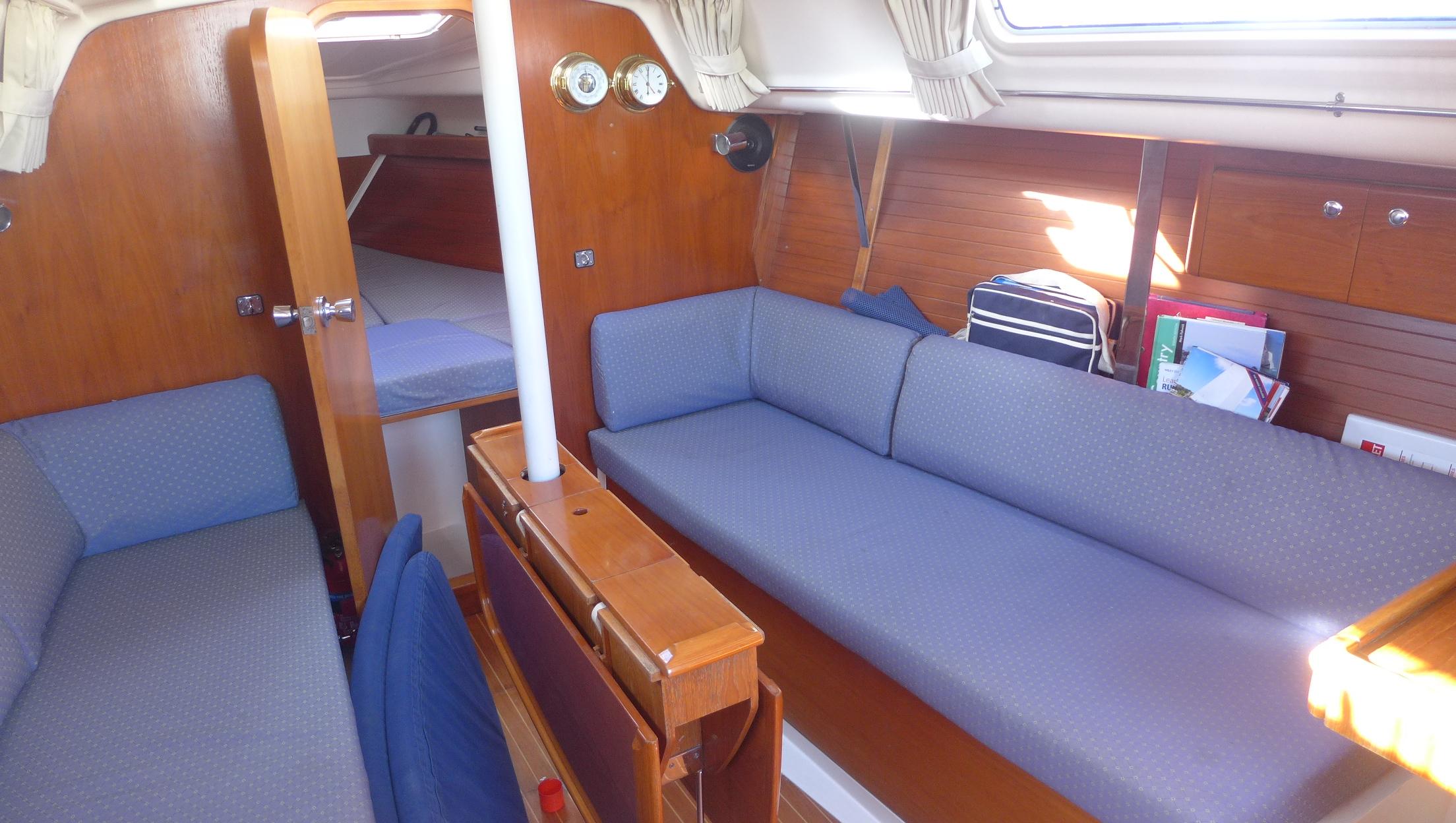 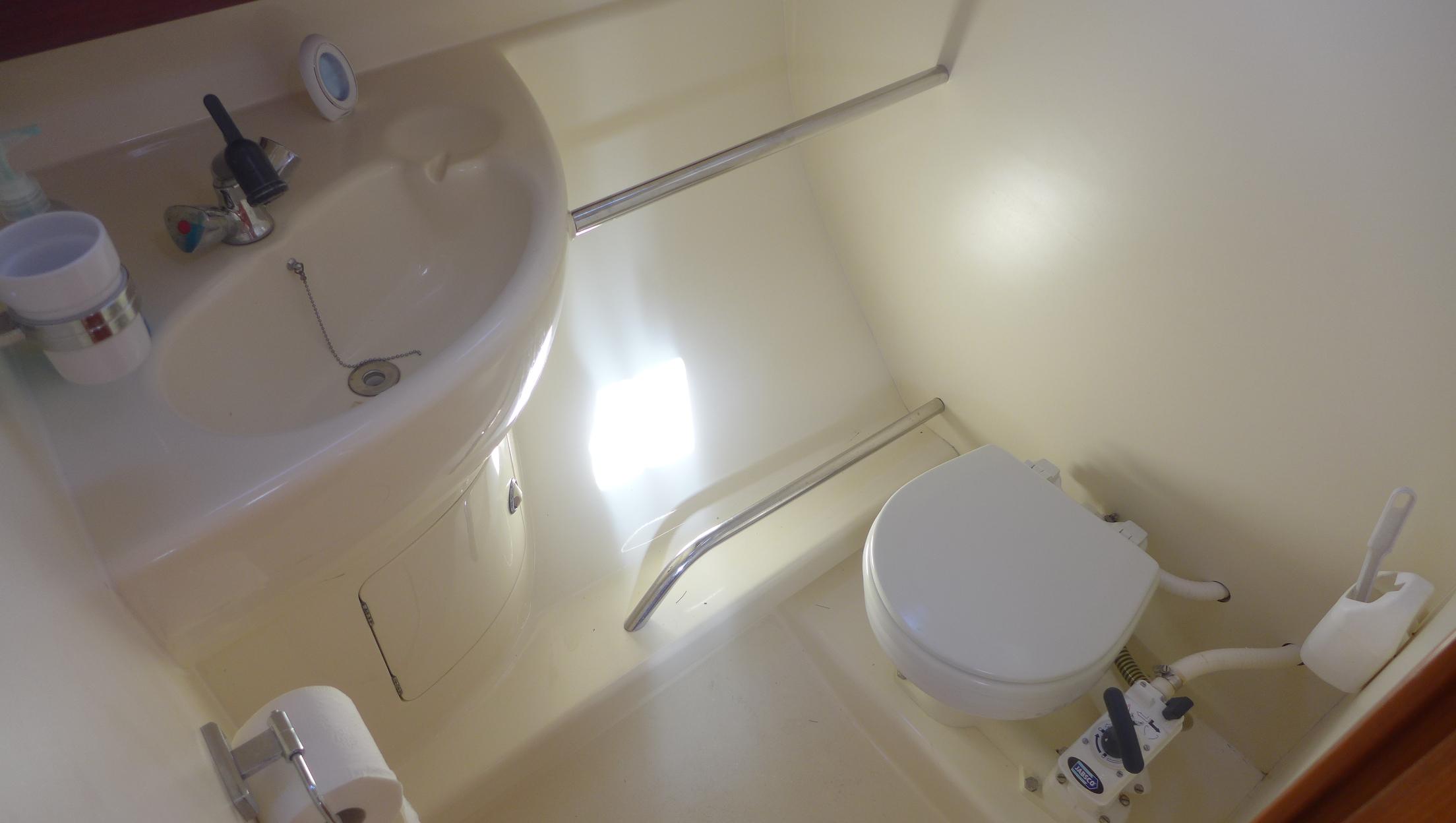 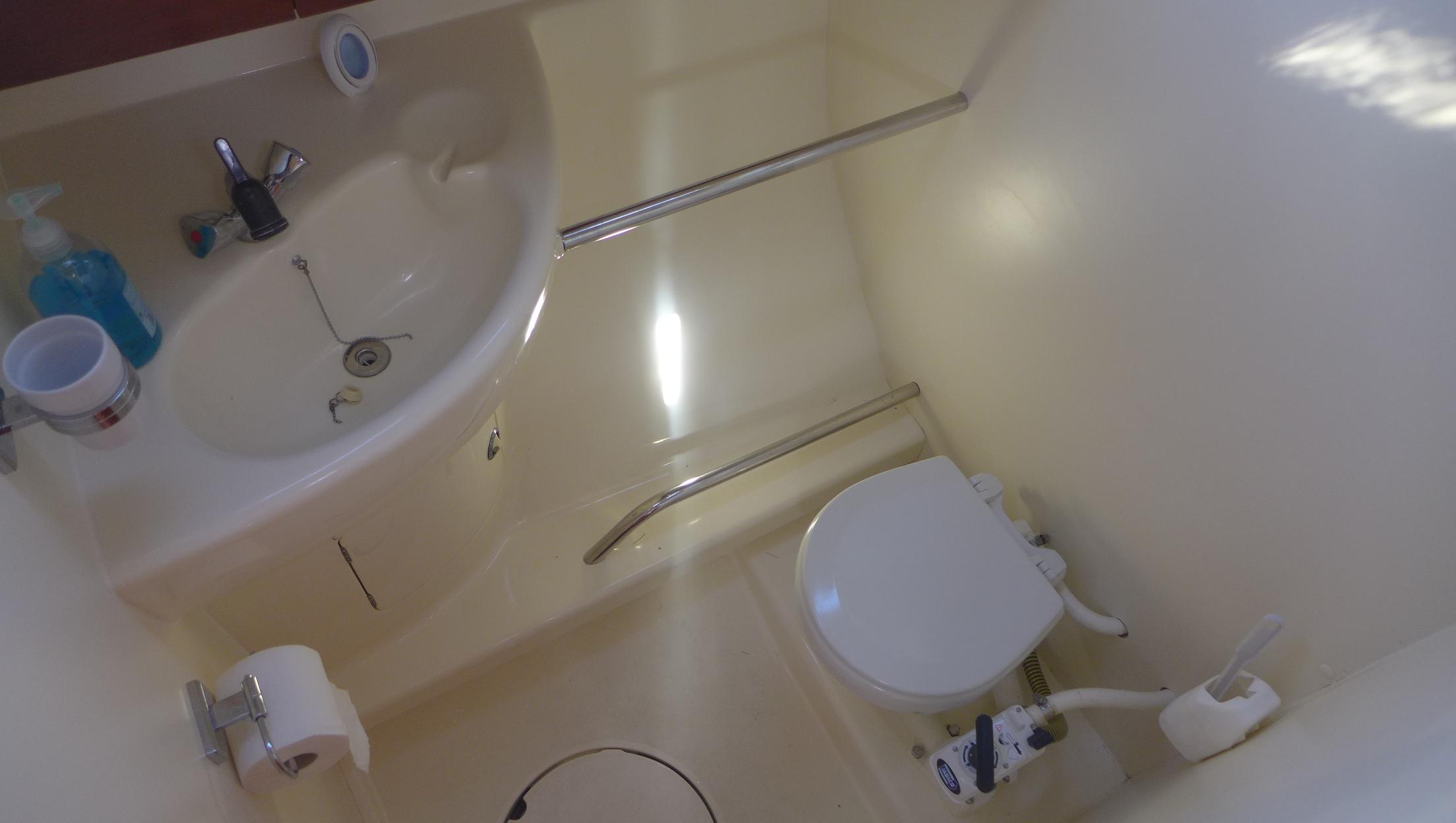 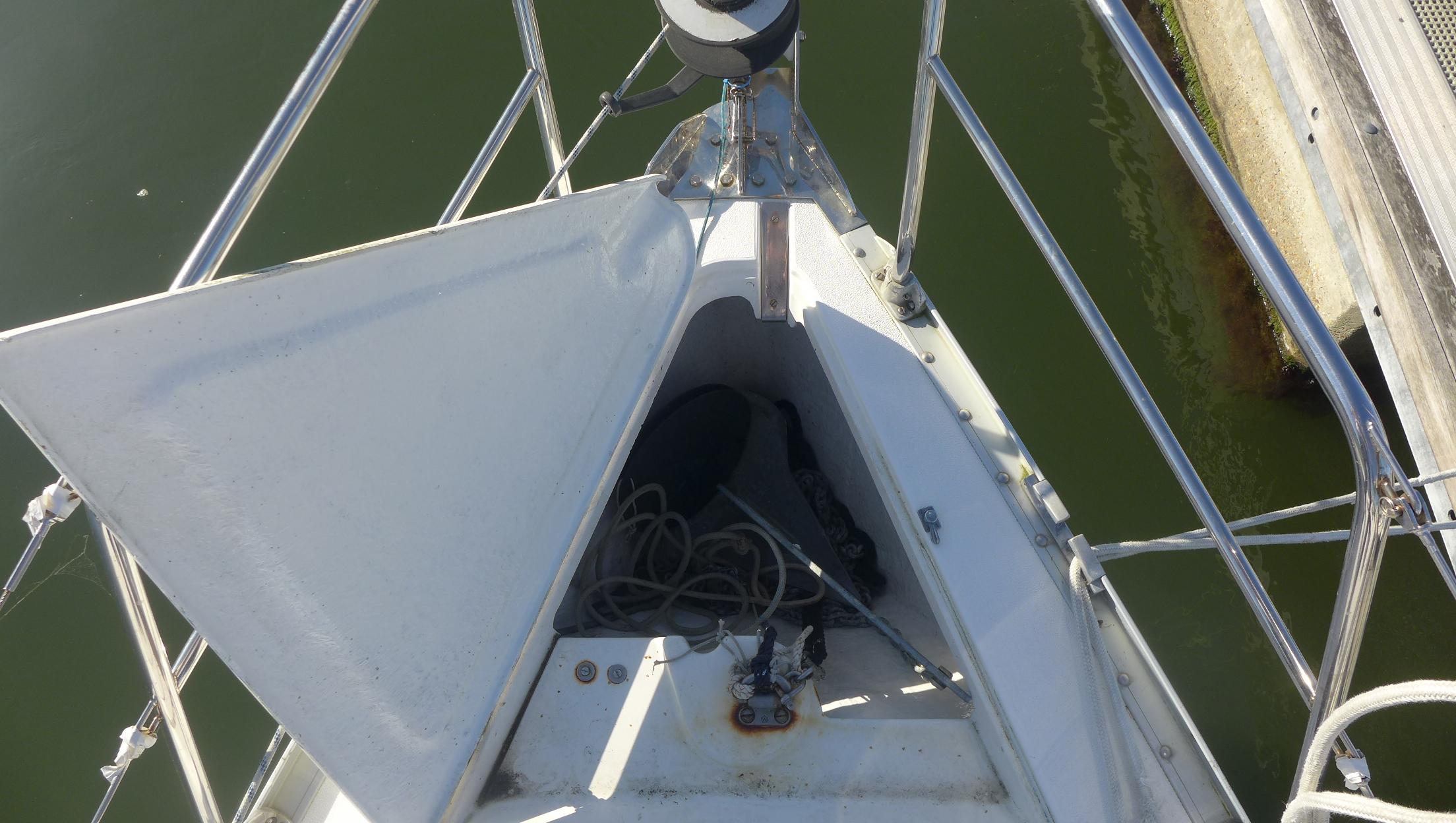 The Moody S31 is a comfortable, fast, cruiser/racer with very spacious accommodation. She has a large, double berth aft cabin, two saloon berths, and a twin/double berth forward cabin. The Moody S31 is a very popular yacht with good sailing characteristics, ideal as a family cruiser or club racer.

Sleeps 6 in two cabins plus saloon

The Moody S31 domestic layout comprise of a very large aft double cabin, fore peak double and two singles in the saloon. The L shaped galley is to port and nav area and heads to starboard when descending the companion way stairs. The main cabin has a double leafed dining table with wine storage.

DISCLAIMER:
The Company offers the details of this vessel in good faith but cannot guarantee or warrant the accuracy of this information nor warrant the condition of the vessel. A buyer should instruct his agents, or his surveyors, to investigate such details as the buyer desires validated. This vessel is offered subject to prior sale, price change, or withdrawal without notice.

CONSTRUCTION:
Built by Marine Projects in Plymouth to designs by Bill Dixon

Hull stiffening is a complex mix of glasses in floors through the keel bay areas and moulded in tray mould/stiffening matrix in the forward and aft ends. Keel floors are moulded down into the fin keel sump. Top sides are stiffened with balsa cored stringers. All main bulkheads landed with tray mould/matrix structural supports and structurally bonded to the matrix slots and the matrix to the hull.

The desk structure is hand laid up in glass fibre with polyester resins. The flat areas of the desk and coach roof are balsa cored for strength and insulation. Load areas within the deck where fittings and fastenings are fixed, the balsa core is replaced with 12mm marine plywood. The inner and outer skins of the deck sandwich laid up with chopped Matt.

The hull to deck joint is formed from a return flange moulded on the hull, onto which the deck sits. The transom is an integrally moulded part of the desk moulding. Deck and transom are structurally bonded to the hull flange, an anodised aluminium alloy toerail is fitted around the deck edge and through bolted to the deck edge and hull flange.

I undertook a comprehensive refit when I bought her in 2014. This included:

Original sales paperwork, invoices, builders cert available, and a good invoice maintenance trail, with all manuals in lever arch folders. Running rigging replaced 2014, with updates since. Standing rigging replaced 2015, sails replaced with Hyde tri-radial using a very strong and durable cruising laminate fabric. The main is fully battened with roller cars and the Genoa roller reefed, both 2009. The original sails are still in good order and used as spares. She has a beautiful red, white and blue cruising chute with an amazing snuffer, plus (never used?) orange storm sails.

Disclaimer : boatpoint Ltd offers the details of this vessel for sale but cannot guarantee or warrant the accuracy of the information contained in the specification or warrant the condition of the vessel or equipment. A buyer should instruct his agents, or surveyors, to investigate such details as the buyer desires validated. This vessel is offered for sale subject to no prior sale, price change, or withdrawal without notice.

Enquire About This Moody S31

Enquire About This Moody S31